WARNING: PLEASE BE ADVISED THAT THE FOLLOWING PAGES CONTAIN VIDEOS OF THE USE OF DRUGS AND/OR SLAMMING DRUGS. IT MAY BE OFFENSIVE AND CONTROVERSIAL TO SOME INDIVIDUALS. 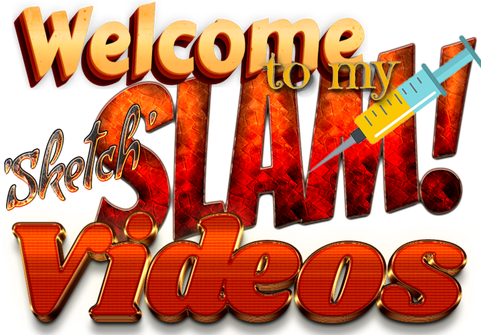 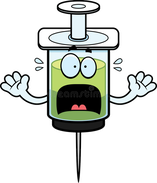 I've searched long & hard on all my clouds & drives to compile the most extensive collection of all of my slamming videos. ​Here are the most of my videos. But unfortunately, a lot were recently lost because my of my cloud account was hacked and a lot of my videos from my drive were deleted. Luckily, I have other drives in where they are backed up on as well. So I am currently in the process of getting them back online. Hopefully it won't take me too long. Please bare with me while I do this & thank you for your patience & for your support. I'm hoping that I will get them all reposted in the coming months. Also, you may noticed something new... I've changed the number of videos on each page. I've doubled the it to 20 videos per page, rather then just 10, I wanted to condense my pages a bit.
Let me know what you think.
​ 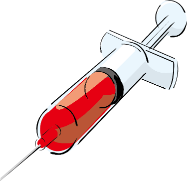 A LIL' BACKGROUND HISTORY TO MY SLAMMING VIDEOS:

I began recording these videos in 2013 and still record them to this day. They were shot in various locations from parks, to motel rooms, to public restrooms, to alleys, to friend's bathrooms, to a buddy's basement & everywhere else where my my cell phone was accessible. Yet, due to some of the circumstances, the quality of some of the videos aren't the greatest, in which I do apologize. They were shot with either a bad camera and/or with poor lighting. I'm sure that you my be wondering 'WHY' I started recording myself slamming in the first place.
Well...
It was one evening, I was partying and playing with a buddy and he went online & showed me this website. It was called get2thepoint. - It was a site that was dubbed 'a slamming fraternity for guys'. -I was shocked! I thought it was a crazy, but I also thought that it was a very cool website. It was different and gutsy. It was defiantly a unique website and certainly a bold one as well. It was very different from any other social site there was on the internet at the time. On this site they straight out, bluntly & openly did drugs. They talked about drugs, had videos of guys slamming drugs & had everything else you can think about in regards to drugs & slamming drugs. It was completely open & defiantly not shy about it all. You could openly discuss & display anyone & everything on the topic. lt was all about slamming drugs. This was very rare (if not nonexistent) for any site to have those things. This was a ballsy, crazy new website for gay guys who 'slammed'. You were also able to web chat with other slammers & share photos & upload videos. On the site they had over a handful of videos that were posted that I watched. I noticed that there was a lil' something missing in the videos They were missing the 'reaction'. The videos didn't show their faces, nor you couldn't see their facial expressions & their reaction during or after the slam. This is what people like to see, right? Along with that, the videos were shot too close to the injection & then the video would end abruptly immediately after the slam was completed. ​The videos lacked the key element that made the videos more interesting and even better. You weren't seeing what happened after the slam. There could be many reasons the videos were recorded like that. ​Perhaps it was out of fear of being seen on video, or doing something that was illegal.- Or maybe they felt that they would be looked down upon in society- or maybe they just are bad at doing videos-I don't know, but all of those reasons are quite understandable. But for me, none of that deterred me in any way. It only made me just want to do it even more. I like doing things that no one else is doing, I like being different and original. I never liked being trendy. So ultimately, I didn't give a crap of any darn consequences, plus I knew I could make an improvement to the videos. All of it just made it more intriguing & interesting for me to want to do. -​So I did.
Initially it was going to be a just a couple videos, but the first video I posted was a hit. I was honestly quite surprised. I had guys from all over the world writing me and telling how much they liked my videos.
It took off with popularity that was truly unexpected. I ended up recording and posting a handful of more videos, which continued to become more and more popular. However, a short time later get2thepoint.com suddenly closed & the website was shut down permanently & for good. So all of that sadly and unfortunately ended.
-My videos and all of my followers were gone.😂: but I wasn't done yet.

SO NOW WHAT?
I eventually started posting my videos on Tumblr. My videos were on there for quite awhile. It also gained a lot of popularity & I acquired thousands of followers. Things were going great until all of that changed again...
Tumblr made the unwise and foolish decision to begin to censor certain material on their site. My videos began to get red-flagged and censored in which they slowly got removed. One by one they were removed because of their new policy that they started. They no longer tolerated, nor allowed, my type of videos to be on their site.... No more nudity or drug use. These type of videos were prohibited now and, of course, mine were included. They ultimately ended up removing all of my videos. I must say, it defiantly wasn't a very smart decision. They ended up losing me & a ton of users. All because they wanted to make a few sponsors happy, they ruined what was once a very popular website. They ended up destroying a site that had a lot of potential of becoming something even bigger. Now its nothing like it once was. I hadn't t been on Tumblr since then. However, most recently I did log onto Tumblr and noticed that my "SketchSlam" had been deactivated, That's purely expected, no surprise with me there, but after doing a search on Tumblr it was to my amazement that I discovered that there were slamming videos that are being posted on there still!. -I HAD TO CREATE A NEW ACCOUNT! So, my new Tumblr account is: "SketchSlammers" (we will still have to see if I will continue to pursue that with my time & energy though)
​
But I didn't stop there. Shorty after that, Pornhub began to be the place for my videos. I had a lot of my videos on there for many years and had thousands of followers as well. Everything was going great until one day all of that also changed as well. In the spring of 2020, Pornhub found themselves in hot water for having illegal, underage porn on their site. And To make the authorities happy they deleted a lot of videos and mine were included as well.
Now with a limited amount of websites to have my videos on. (or even allow to be on). -I decided on creating my own website- A place where I could post my videos and share them with everyone and not have to worry about them being removed. -So, ​'BBcumBoi's Cyberworld of Sex, Drugs & a Camera' was born.


''MY VIDEOS ARE ON HERE!!''
Simply click the devil-pig below that's holding the syringe. From there he will lead you the way in the right direction and right 'to the point' of my collection.
-SO GO CHECK 'EM OUT NOW!
I hope you enjoy & keep on slamming!
Thank you very much.

IF YOU COME ACROSS A VIDEO THAT I'VE POSTED MORE THAN ONCE...COULD YOU PLEASE JUST TOSS ME A QUICK NOTE LETTING ME KNOW WHAT PAGES YOU SAW THEM IN?
​It would be a great help for me.
(IN GATHERING ALL OF MY VIDEOS IT'S BEEN RATHER DIFFICULT ON NOT FINDING & POSTING THE SAME VIDEO TWICE.)
It's hard to keep track of them all and my goal is to have no doubles.
IT IS SIMPLE TO HELP,
​JUST...

Finally, and MOST IMPORTANTLY:
I'd like to thank all my fans out there. Your letters I've received from you have been inspiring, sweet and very kind...you guys are amazing!
Thank you so much!! I appreciate you a lot!
Take care, -BBcumBoi ☆☆☆☆
REMEMBER, THESE VIDEOS CONTAIN DRUG USE AND NUDITY.
IT'S MATERIAL THAT IS CONTOVERSAL.
IT IS NOT INTENDED FOR ALL AUDIANCES AND SOME MAY FIND IT TO BE OFFENSIVE.
VIEWER DISCRETION IS REQUIRED.
​I DO NOT PROMOTE OR CONDEME THE USE OF DRUGS.